Here is another one of my latest: An interview with the warm, wise, funny, fierce and inspiring America Ferrera for the March 2017 issue of Redbook. 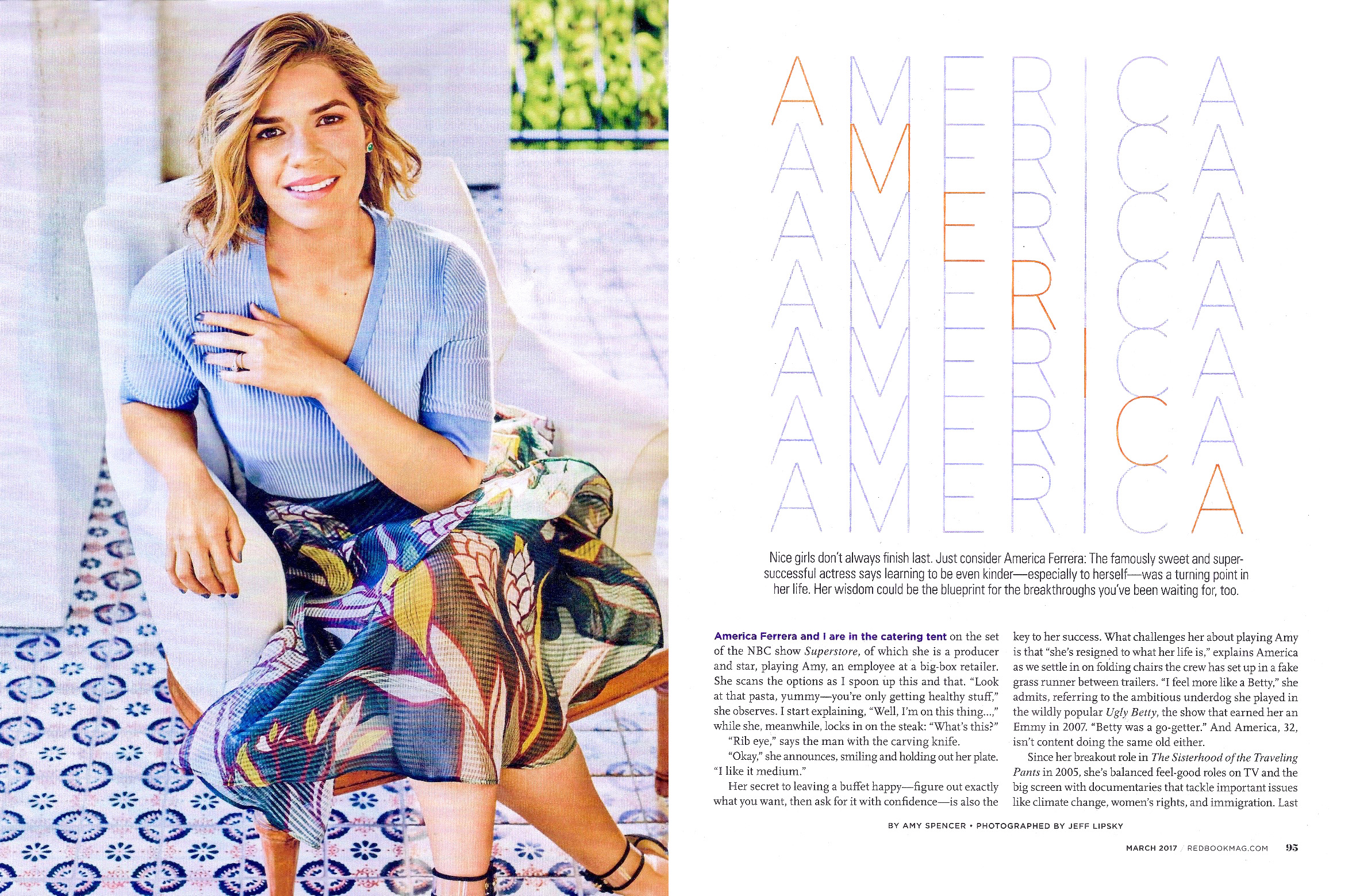 We met up on the set of the NBC television show Superstore, which she not only stars in, but is also a producer. We got to chat about what (and who!) has inspired her to take chances at work, how she ups her confidence, how she pushed herself to complete a triathlon last year—yeah, a dang triathlon—and what makes her marriage work.

You can read some bites of our talk here on the Redbook site: America Ferrera is Not Afraid of Being a Little Big Scared. This isn’t the whole piece, but it’s a few choice bites. My favorite is what she said at the end of our talk, about how she plans to do more as a women in business—which of course extends far beyond entertainment for all of us…

“We talk about a lot of things we want to see more women doing. We want more women producers, more women writers, more women directors–and you can only say that so many times before you say, ‘I’m a woman. What’s stopping me from doing this?’ I’ve had to ask myself: Why not me?” 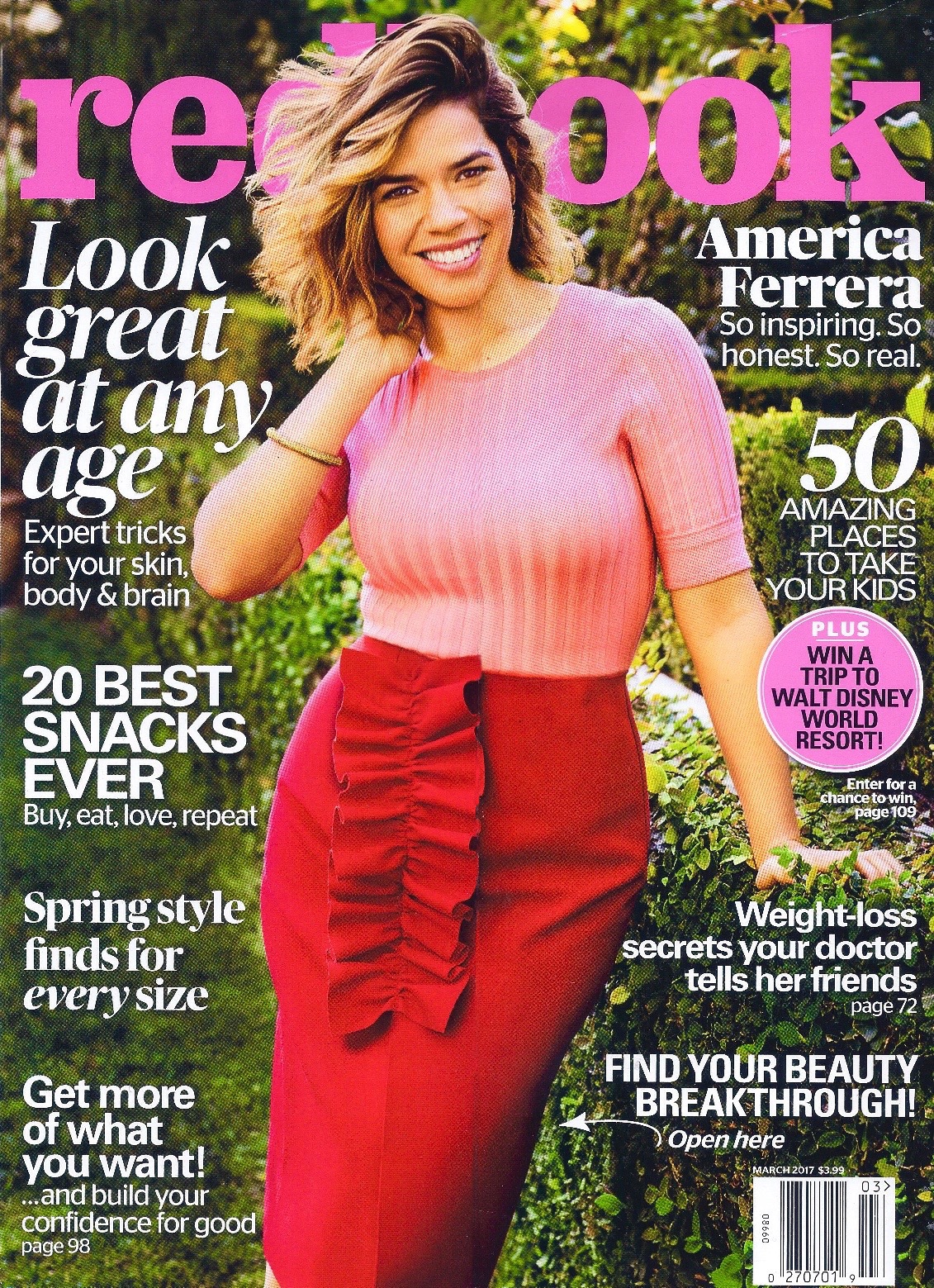